At 14:30 on Saturday 27th May, feminist direct action group Sisters Uncut occupied Holloway Prison Visitor’s Centre to demand that the empty space be used to support local domestic violence survivors. Eight activists entered the building via an open window, as 150 rallied outside. No arrests have been made.

The action comes in advance of the general election. Sisters Uncut say that chaotic Conservative budgets have decimated the number of refuges in the UK and warn that the domestic violence sector is on its last legs. According to Women’s Aid, refuges are now being forced to turn away two thirds of women seeking safety.

Holloway Prison, the largest women’s prison in Western Europe, closed suddenly in 2016 and the buildings have been left empty since. Sisters Uncut plan to maintain their ‘reclamation’ for a week, holding workshops on women’s well being, self-defence and legal rights.

Sisters Uncut activist Aisha Streetson says, “We are reclaiming the former prison, a site of violence, to demand that public land is used for public good. Prisons are an inhumane response to social problems faced by vulnerable women – the government should provide a better answer” 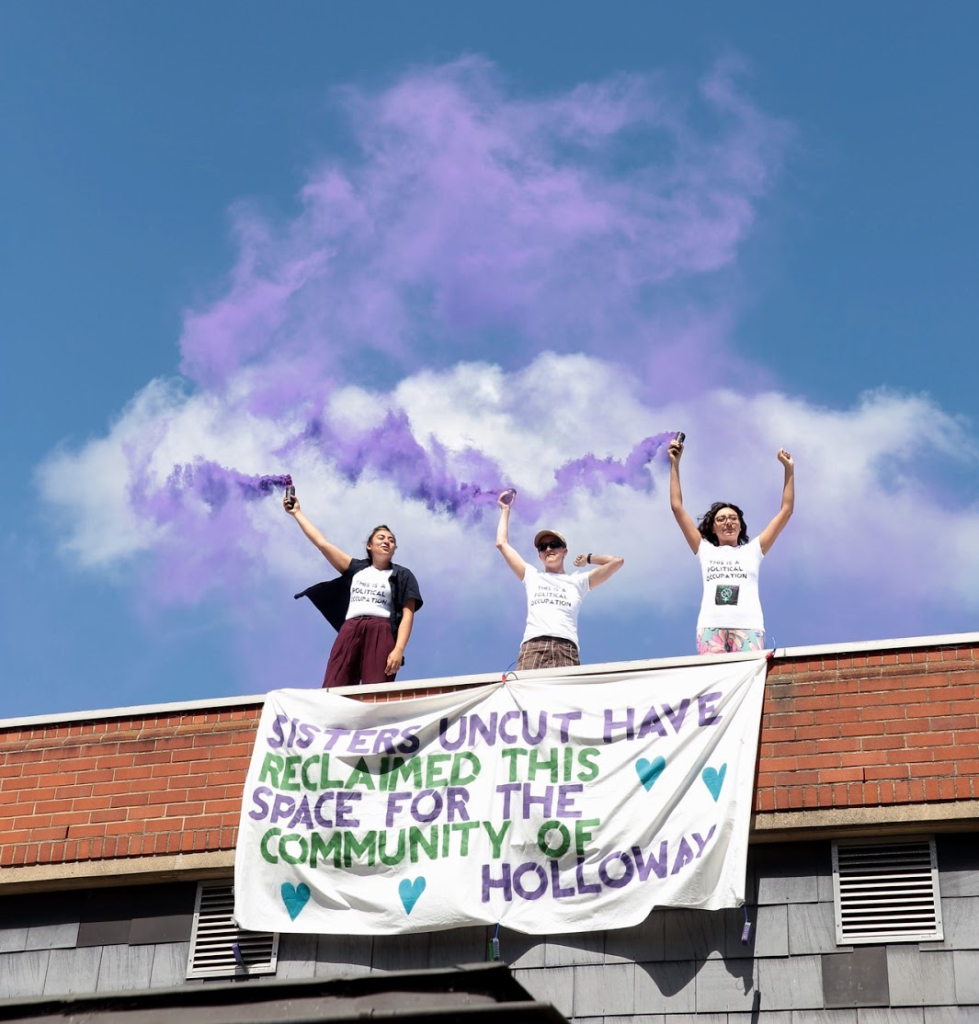