This morning Sisters Uncut, the direct action feminist group who led the vigil for Sarah Everard at Clapham Common in March, gathered outside the Old Bailey for the sentencing of Wayne Couzens. From inside the court, Sisters learnt that Wayne Couzens arrested Everard under COVID regulations, in front of witnesses who did not intervene.

Outside the Old Bailey, a representative from Sisters Uncut cited statistics from groups such as the Centre for Women’s Justice (CWJ) to argue that the police do not keep women safe, and that the Police Crime, Sentencing and Courts Bill, which increases police powers, must be stopped.

Today, Sisters Uncut announces a series of training sessions on police intervention, and the launch of a nationwide network of CopWatch patrols. Women, and all those from marginalised communities must stand together to protect ourselves from police violence and all forms of gendered violence.

Statistics about police and violence against women

As reported in The Times, according to The Femicide Census, at least 15 women have been killed by police officers since 2009.

As reported in the Guardian, according to the Centre for Women’s Justice, one woman a week comes forward to report a serving police officer for domestic or sexual violence.

The Guardian also reported that, according to the Bureau for investigative Journalism, 700+ reports of domestic abuse were made against police officers between April 2015 and April 2018

Between 2012-18, there were 1,500 accusations of sexual misconduct (including sexual harassment, exploitation of crime victims and child abuse) resulting in only 197 officers being sacked.

Between 2015-17, 415 referrals were made for officers that had abused their position to sexually assault someone, with domestic and sexual violence victims, sex workers and drug users being most at risk of being abused by an on-duty police officer.

Sisters Uncut demand an end to police violence and a halting of the Police, Crime, Sentencing and Courts Bill, which, they state, will embolden police officers to perpetuate even more violence.

Sisters Uncut call on everyone to sign up to Police Intervention Training here.

Sisters Uncut, as part of the ‘Kill the Bill’ movement – a coalition of over 40 activist groups who have joined forces and taken to the streets repeatedly since March to reject the controversial Police, Crime, Sentencing and Courts Bill – demand no more police powers. No new misogyny legislation, no PCSC Bill. Kill the Bill.

A member of Sisters Uncut said “Today we learned that Wayne Couzens ‘arrested’ Sarah. He used his power as a police officer to kidnap and rape her.  We will never know what might have happened if somebody had stopped to film or intervene with Couzens when he ‘arrested’ Sarah. We do know that the police cannot be given more powers. Couzens was not one bad apple – it’s the whole institution that is rotten. We must resist the Policing Crime, Sentencing and Courts Bill, and we must work together to resist the police on our streets.”

Another member of Sisters Uncut said: “The Police, Crime, Sentencing and Courts Bill will enable the police to decide where, when and how citizens are allowed to travel, congregate, protest, and work. Sentences of up to 10 years are laid down for anything from a protest to a house party or even just a lone individual causing ‘serious annoyance’. We have seen how increased police powers – COVID regulations, in Sarah’s case – means increased violence. This Bill will create more unaccountable police powers and will enable more unaccountable police violence. It attacks all marginalised communities, and it is all of us that must resist” 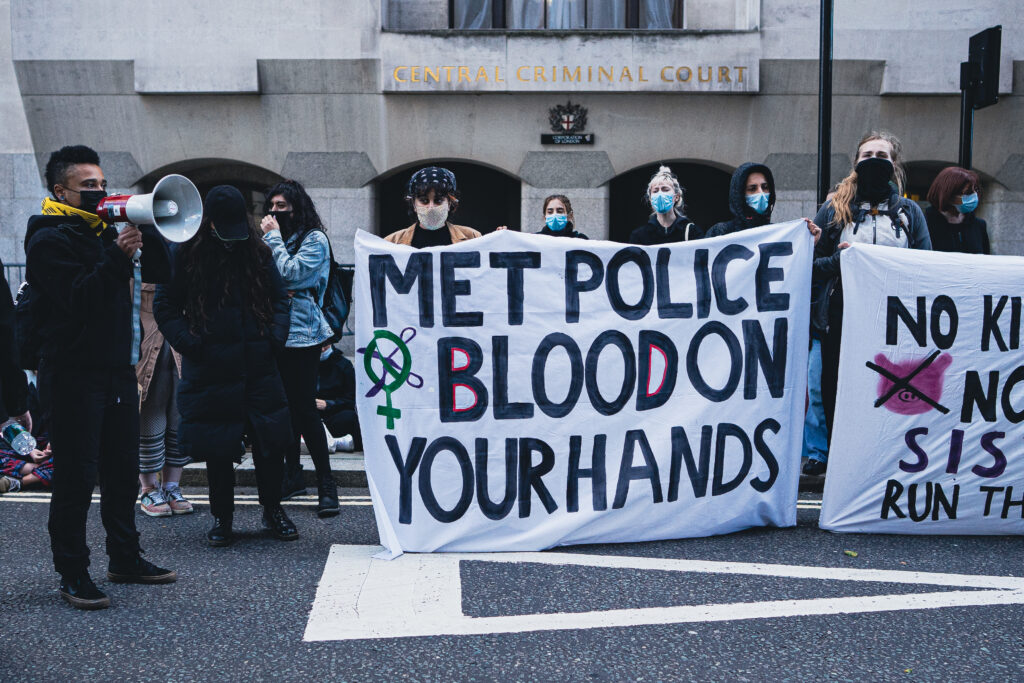 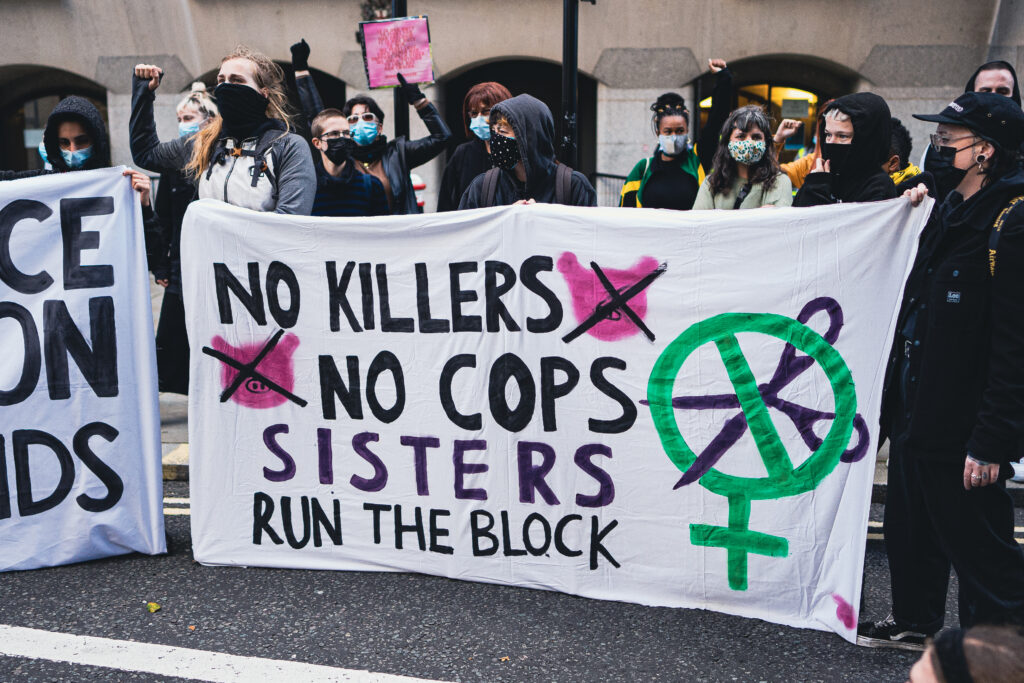 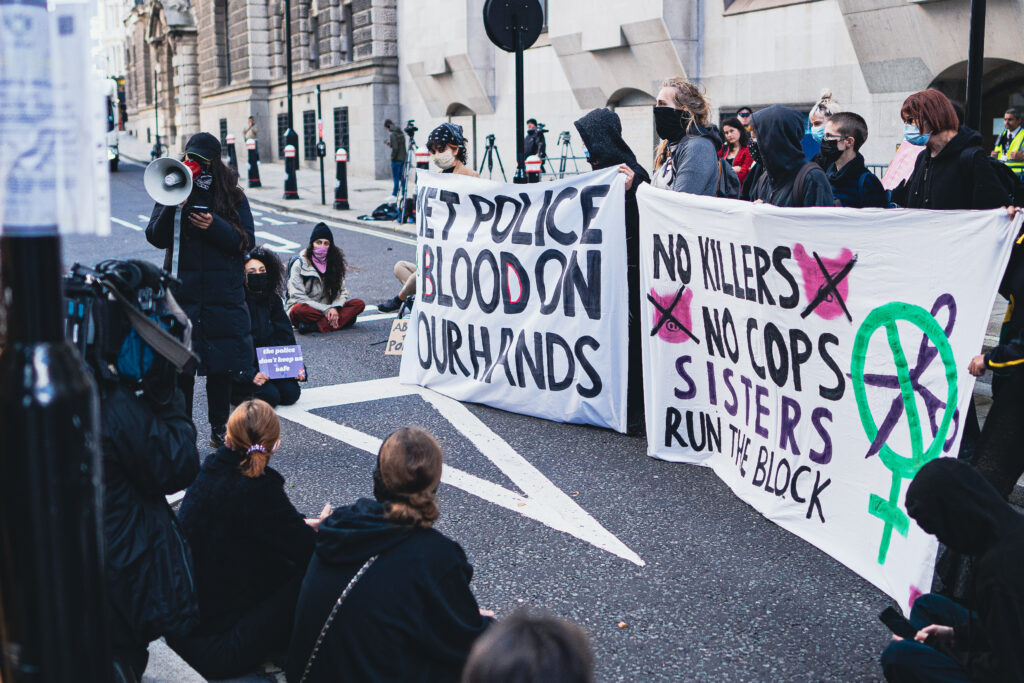 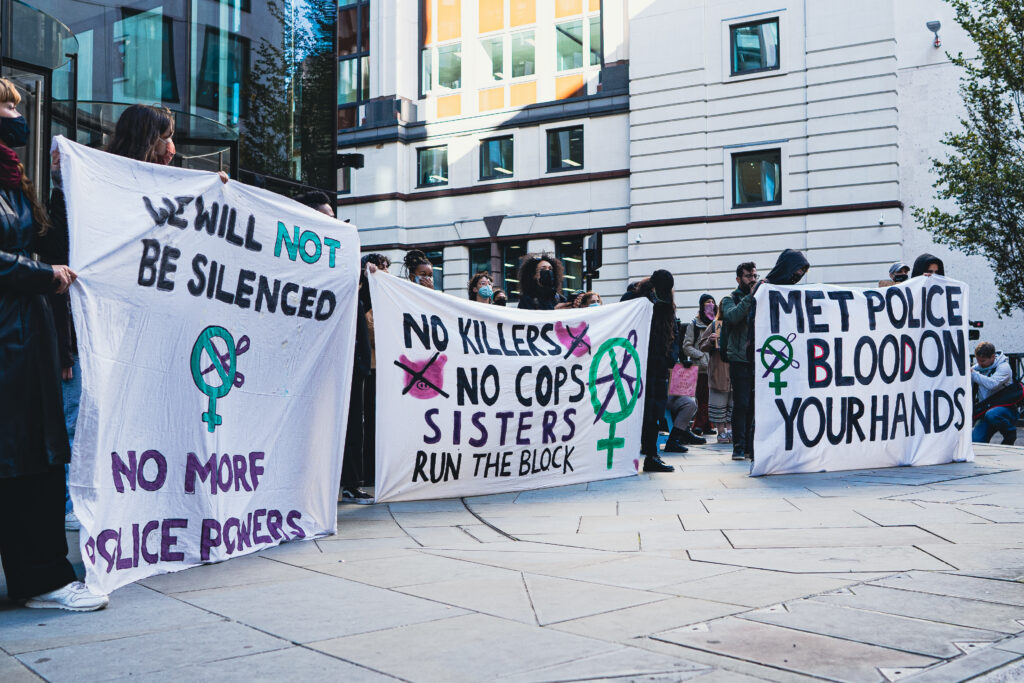 LETTER: Raising the alarm on police violence against women
BREAKING: Tens of Thousands take to the streets for Mayday Kill the Bill protests
Tweets by @SistersUncut