PRESS RELEASE: You Block Our Bridges, So We Block Yours

“You block our bridges, so we block yours”: domestic violence survivors take action ahead of the Autumn Statement

Police presence was moderate, with no arrests made.

At 13:00, groups in London, Newcastle, Glasgow and Bristol blocked bridges, set off smoke flares and chanted “20 million is not enough!”. Sisters Uncut criticise Prime Minister Theresa May’s pledge of £20m of temporary funding for domestic violence services, available to service-providers via a bidding process, as a ‘sticking plaster on a haemorrhage’. In a statement released last week, the group say that May is failing to secure funding for specialist services: “Many of the services lost in austerity were set up and run by women of colour for women of colour, because generic services did not meet their needs. Those needs remain unmet, and women of colour and migrant survivors remain more likely to be trapped in violence, without any support”

A 2015 report by Imkaan, the only UK-based organisation dedicated to addressing violence against black and minority ethnic (BME) women, showed that 9 in 10 BME survivors prefer to receive support from a specialist BME organisation. Despite this, most of the support services destroyed by austerity were those supporting African and Caribbean and Asian communities, and LGBT+ people.

Bridges were blocked because the group state that migrant women fleeing domestic violence have their ‘bridges to safety’ blocked by “no recourse to public funds” restrictions, which mean they cannot access refuges or benefits, and remain trapped facing life-threatening violence. Sisters Uncut demand that this barrier is lifted and that “safety is not subject to immigration status”.

The group demand that the government produce a long-term strategic plan for safety from domestic violence, which recognises the specific needs of different survivors. Current funding models are chaotic and temporary.

Marcia Smith, a domestic violence survivor from Doncaster who attended the Newcastle action, says: “When I went to the police with bruises, they said they couldn’t see my bruises because I was black. People don’t see black women as victims, and we get racism instead of help. With black services, you don’t have racism, you have the trust and support you need”

Nadine, a Sisters Uncut member, says “As domestic violence services shrink, Sisters Uncut will continue to grow. We will not stand by as black and brown survivors are left stranded in abusive homes without the bridges to safety provided by specialist domestic violence services, whilst migrant survivors with ‘no recourse to public funds’ find all of their bridges blocked by the government’s immigration policies.” 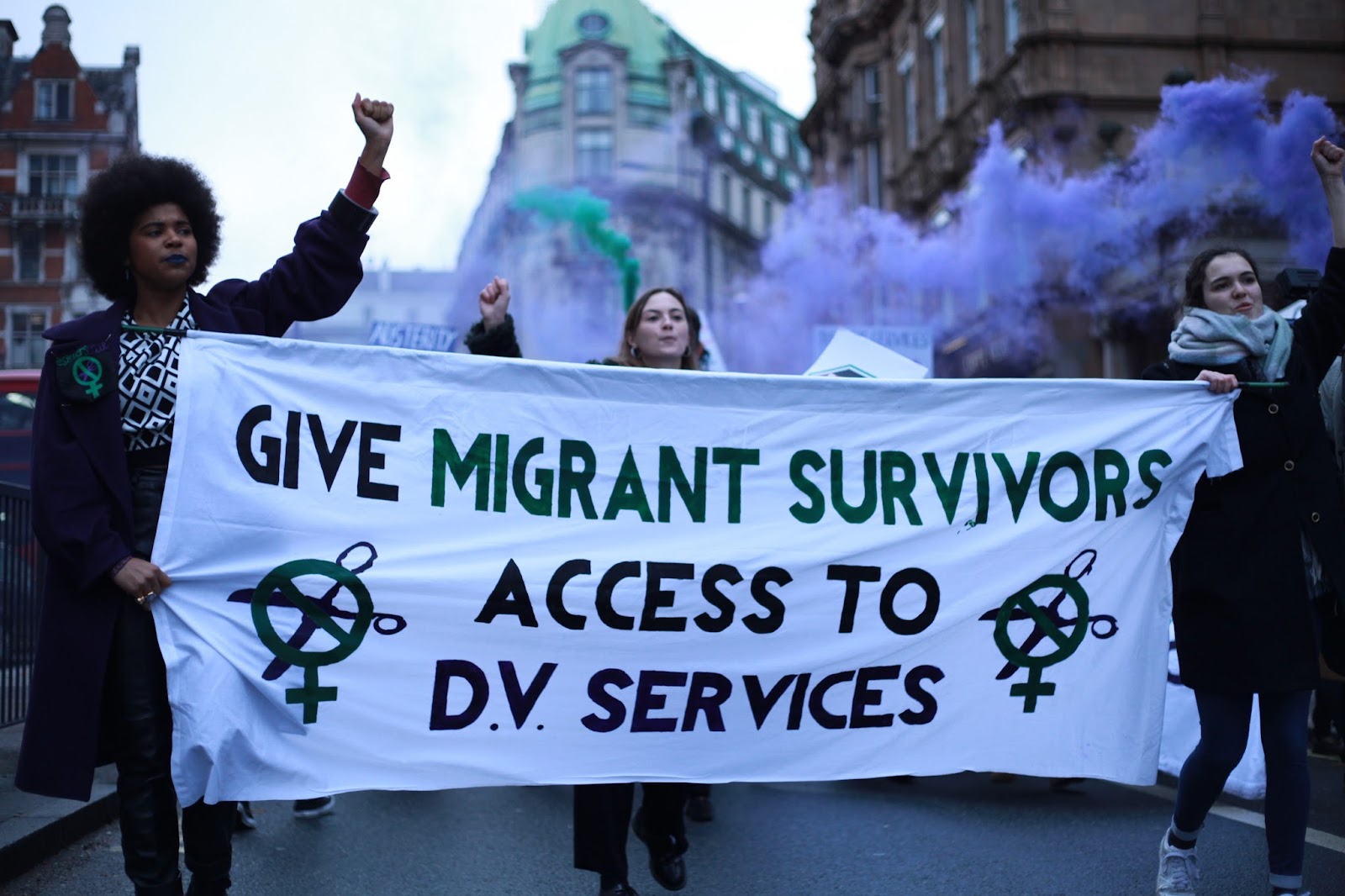 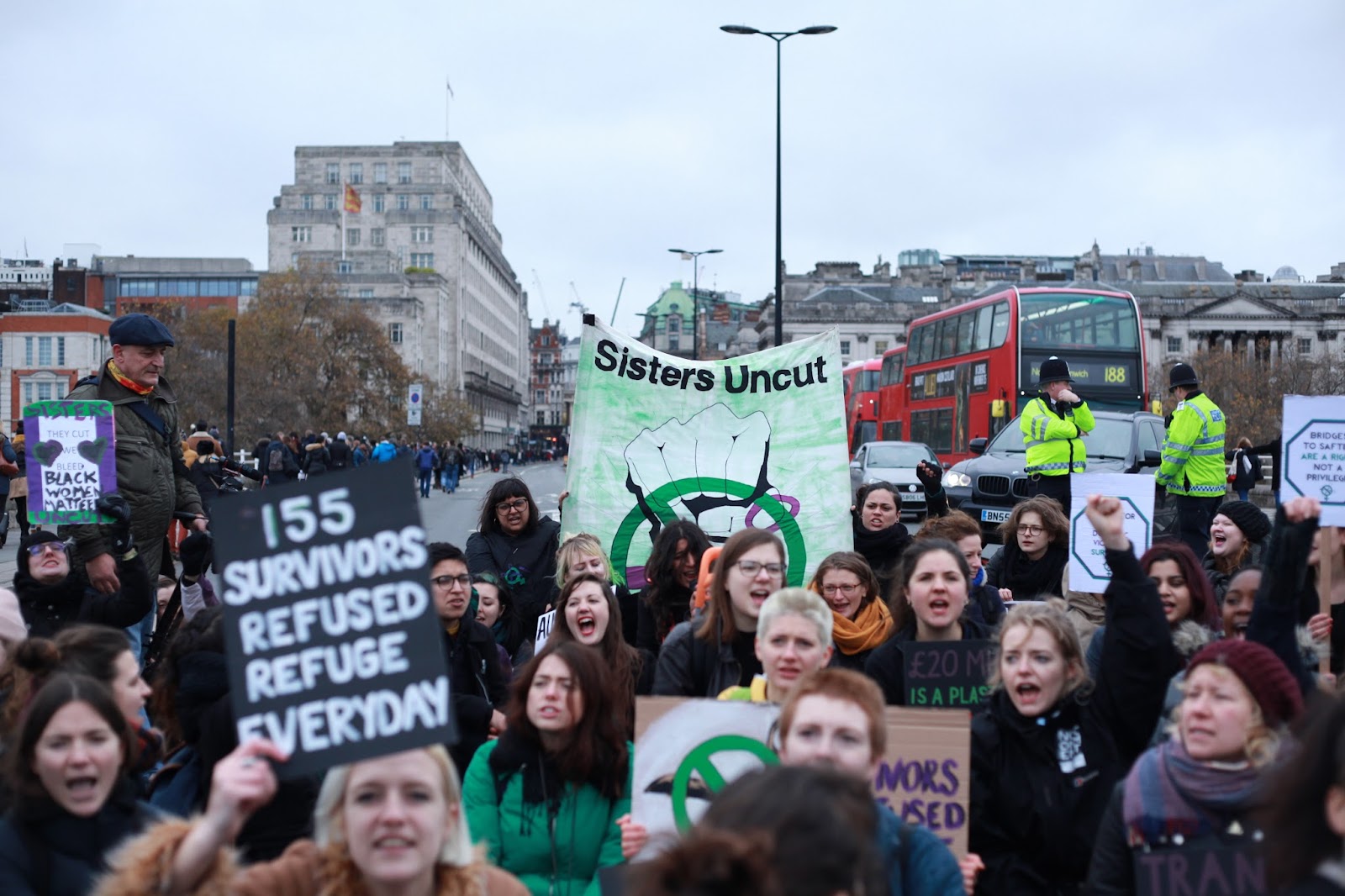 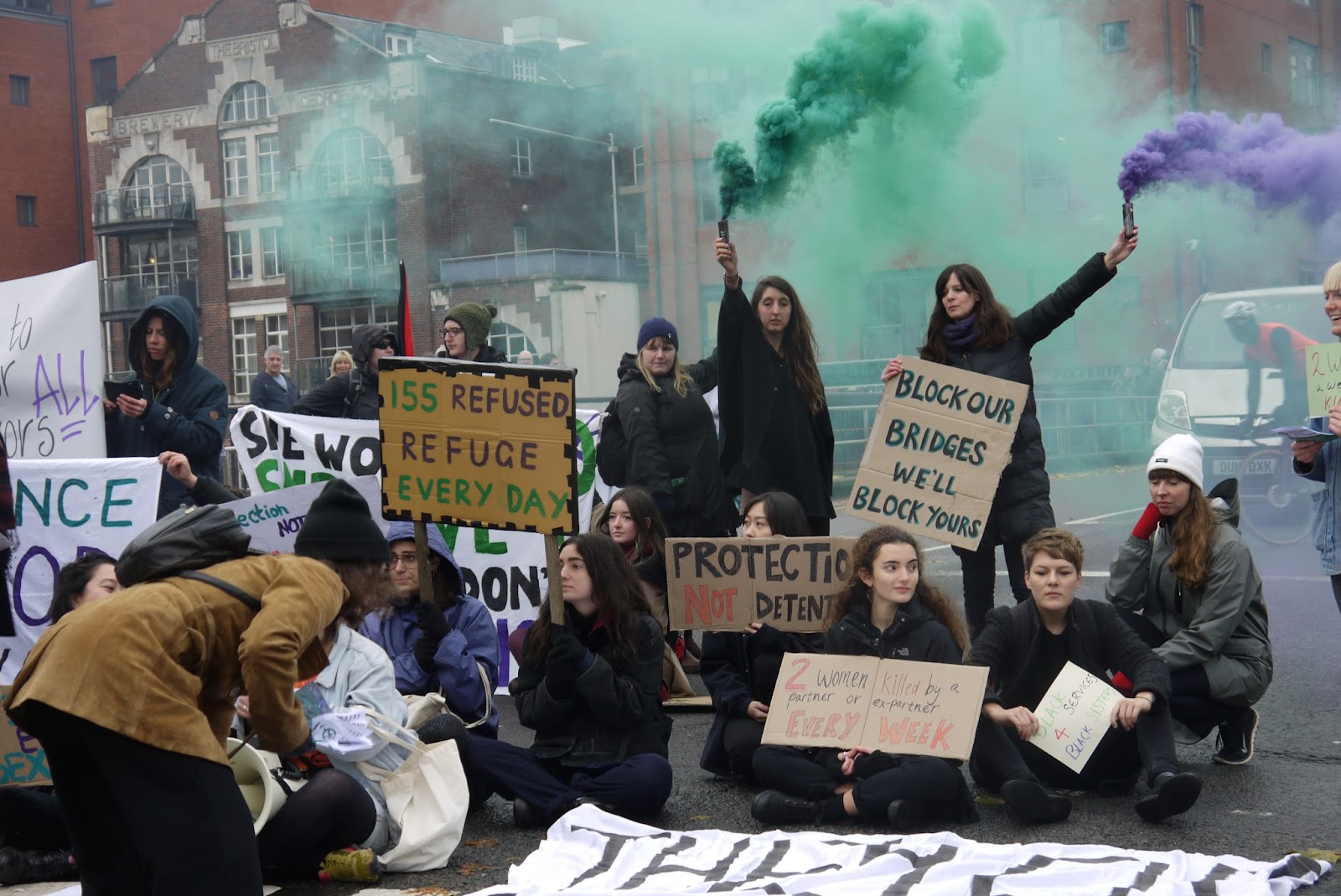 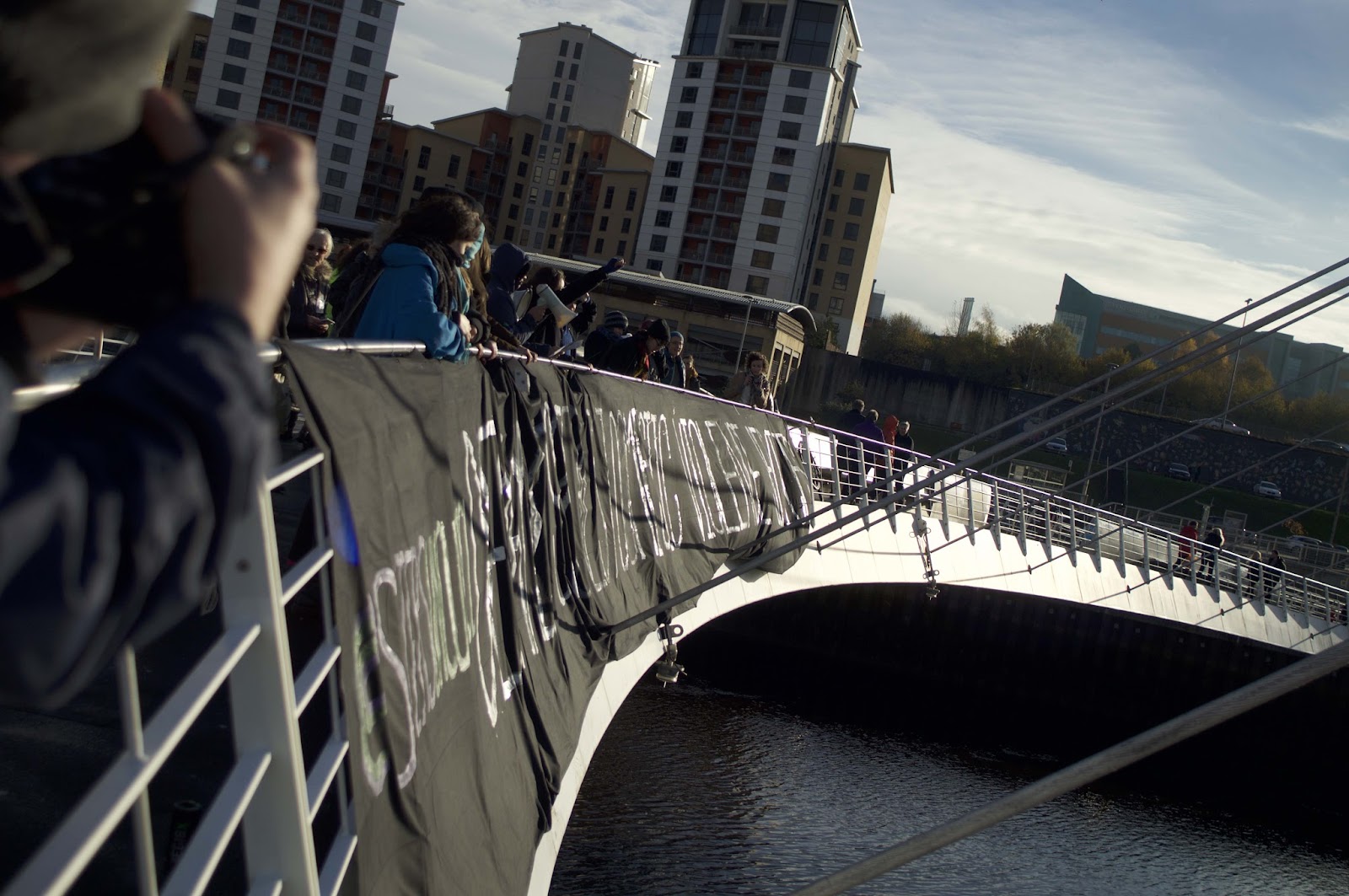 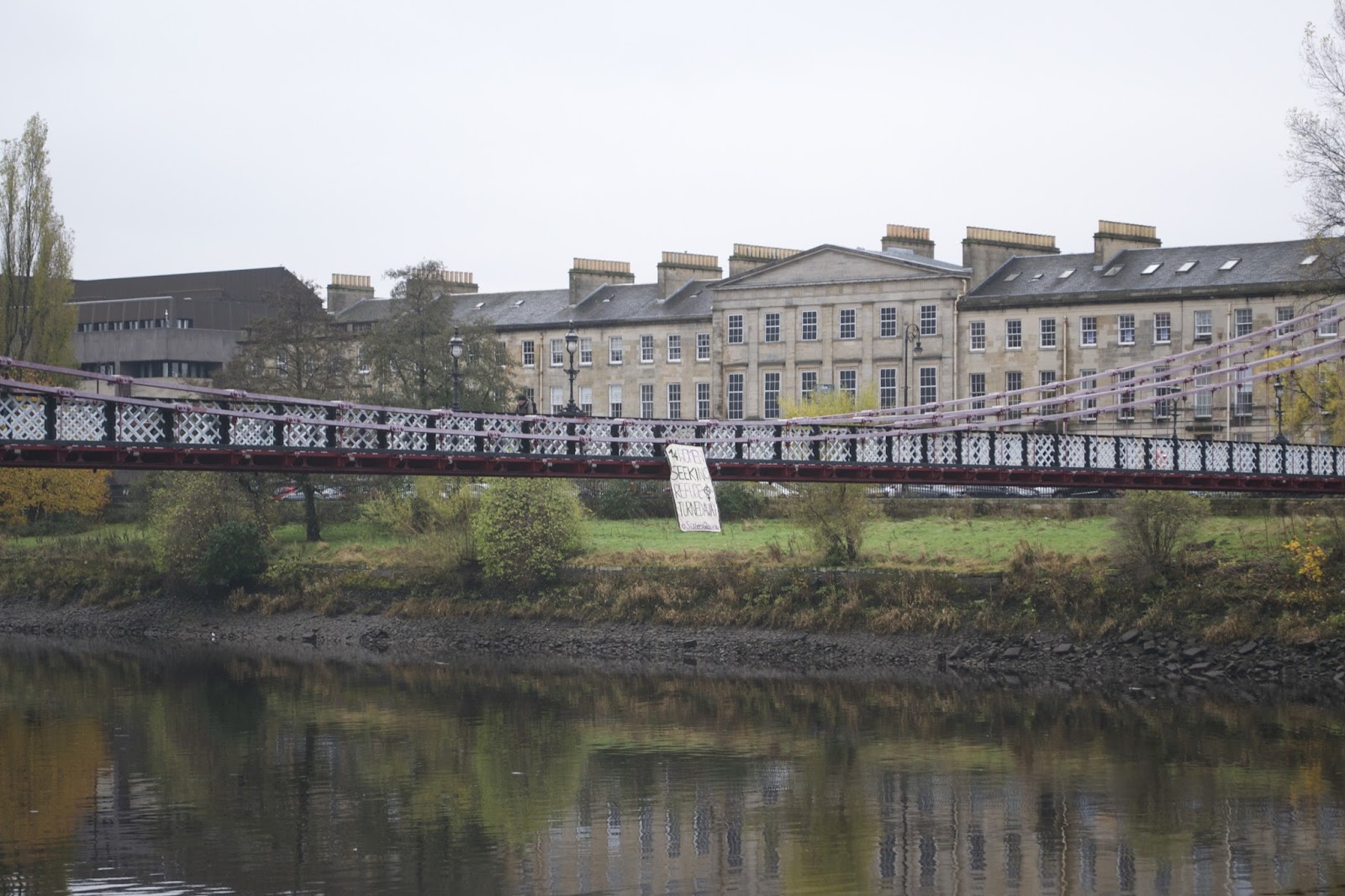 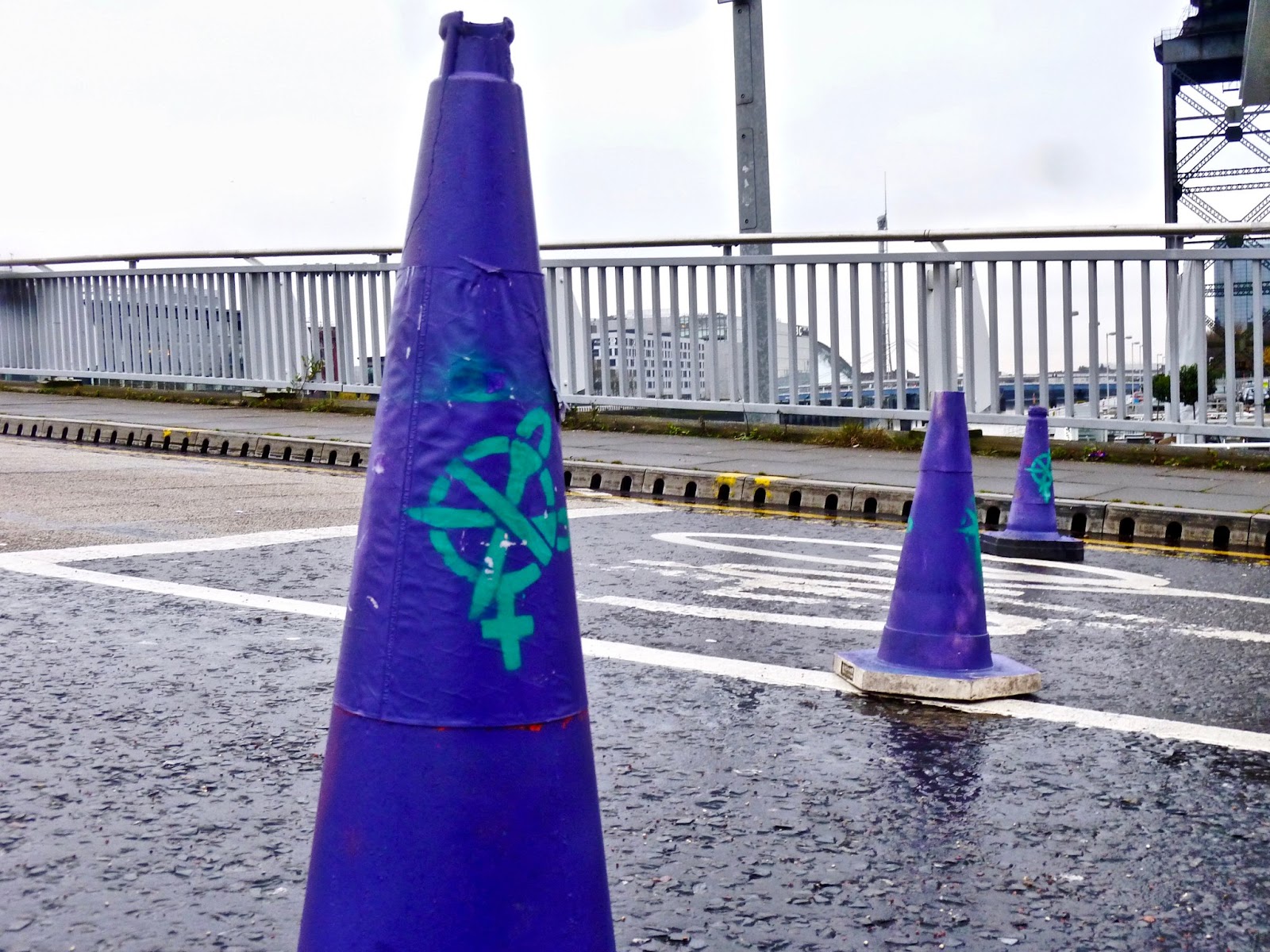 The Autumn Statement - nothing but a sticking plaster for domestic violence services
Sisters Uncut UK Day of Action!
Tweets by @SistersUncut