On Sunday 26 June, South East London Sisters Uncut kicked off the Sisters Uncut Summer of Action by occupying a building in the borough of Southwark. We are using this action to shame Southwark Council for its lack of support and provisions to women experiencing domestic violence, especially those from Black and Asian Minority Ethnic (BAME) backgrounds. The first ever women’s refuges in the 70’s were squats and so 45 years later we are following in the footsteps of our Sisters by occupying a building in Southwark to demand our safety. We are tired of fighting for the same protections from the state almost half a century on. 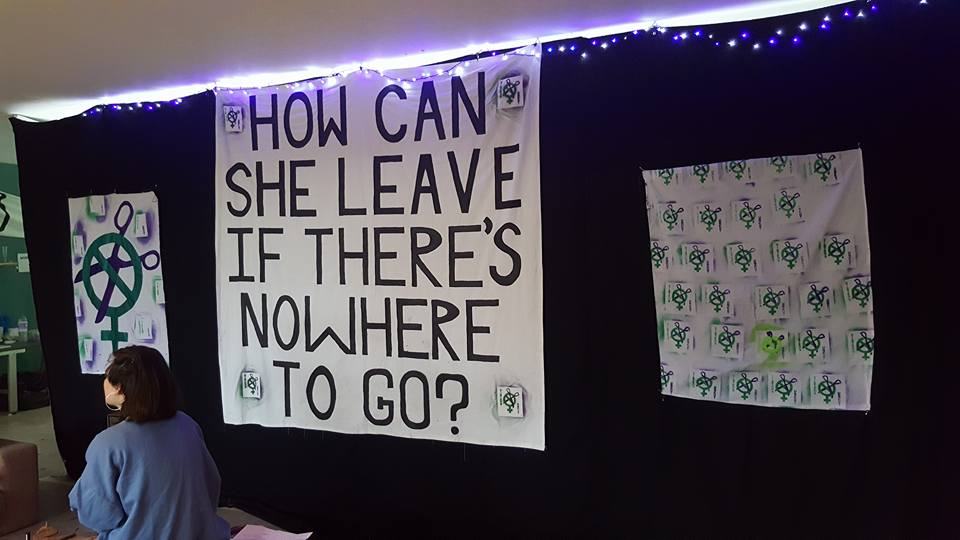 Alongside refuges and domestic violence services, safe and accessible housing is essential to survivors trying to escape violent partners. How can she leave if she has nowhere to go? There are 1, 270 homes that are empty in Southwark while 47% of women who have approached a refuge to be rehoused (following incidents of domestic violence) have been turned away. This is costing us women’s lives. Southwark council is failing survivors and their families, and we’ve had enough.

In April we supported ‘S’, a Southwark resident with 3 young children who was experiencing sexual and domestic violence from her husband. She was told by the Council that it was “reasonable” for her to return to her abusive partner and that they would not support her as she already had a somewhere to live. This was the house where her perpetrator lived. Her ‘home’ was not safe, and she needed the support of the council. This is not a one-off; when our sisters are turning to Southwark Council for support, they are often faced with disbelief, disdain and hostility. Southwark Council have a duty of care that they are not upholding. We will be here until Saturday to talk about how their policy on housing and their policy on domestic violence cause a perfect storm for survivors to escape violent relationships. 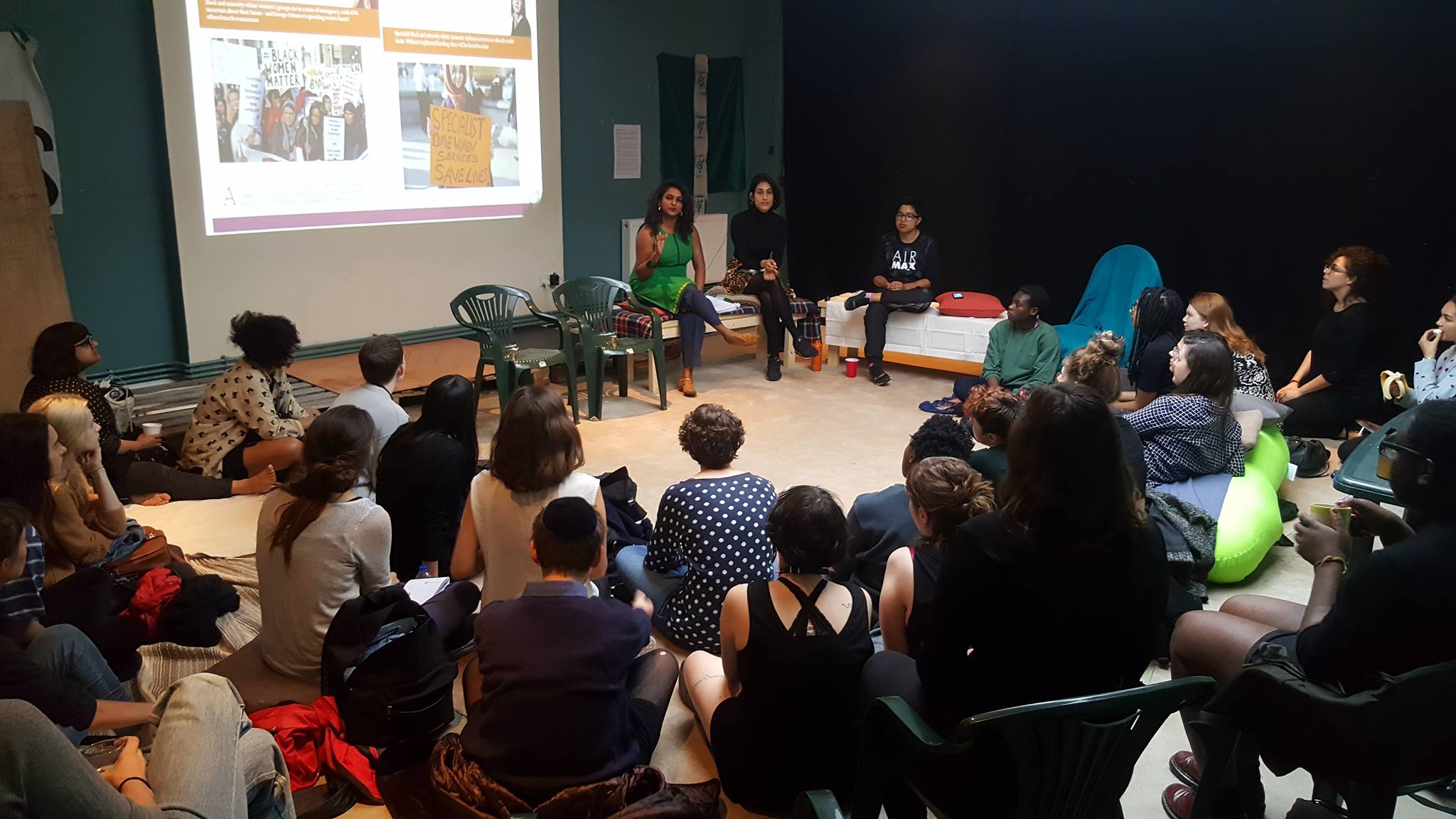 Workshops are happening all week in the space

Whilst the Council claims to take domestic violence “very seriously”, their actions and housing policies tell a different story. The recent decanting and demolition of the Heygate estate has meant the permanent loss of over 1000 council homes in the borough. The Heygate land was sold off to developers Lendlease, who are busy building 2500 new flats on the site. Only 79 of these flats will be “social rented” (Housing Association flats). The rest will be privately owned. The Aylesbury estate nearby – home to double the number of people, again almost all currently council tenants – is about to suffer the same treatment. 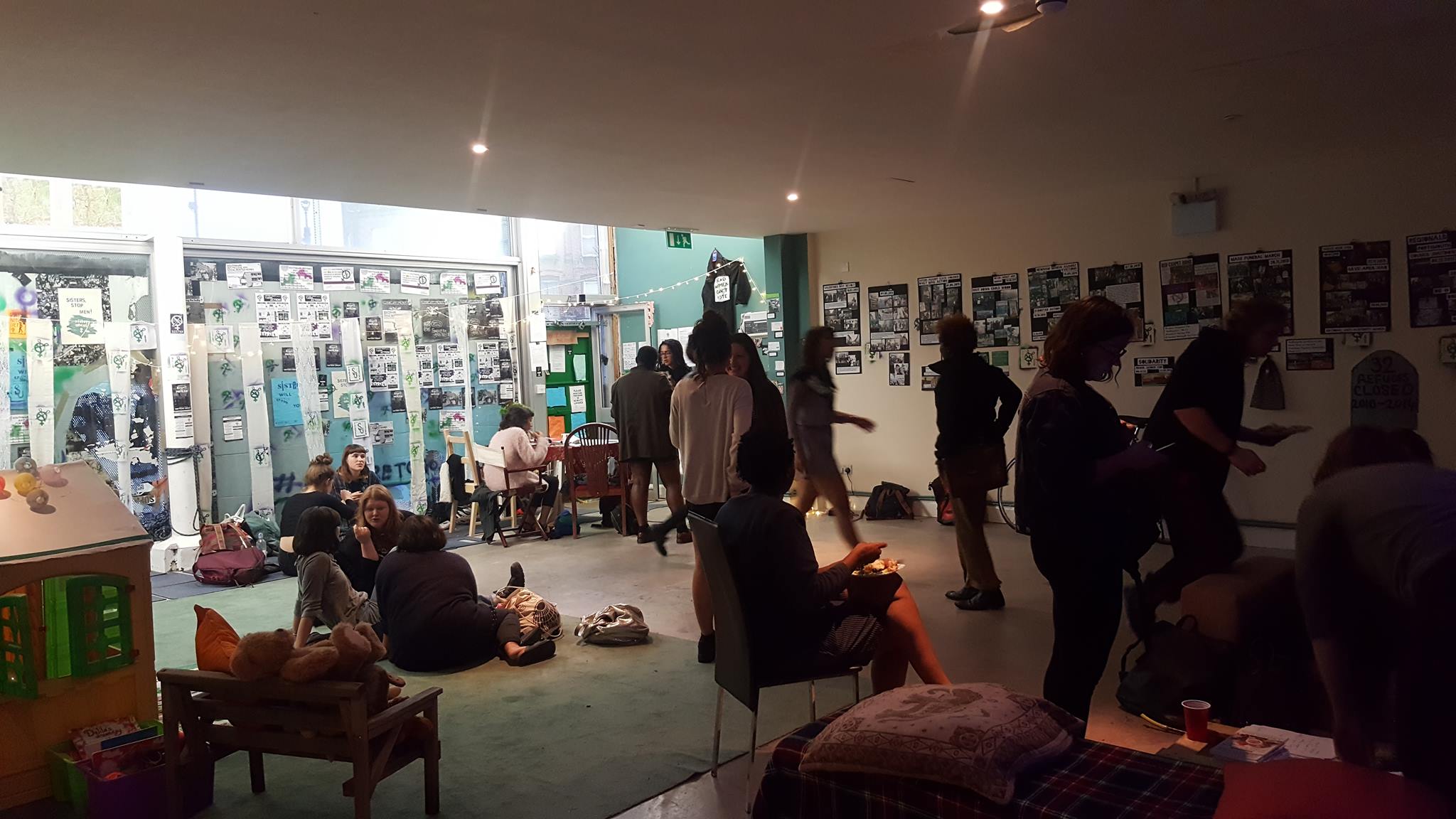 The Sisters Uncut Archive and children’s area in the space

Our services are being systematically decimated, and the safety nets that are there to protect us are being cut. On top of this since 2010 they have cut all funding for BAME domestic violence services. Southwark’s housing allocations policy gives no priority to women who have been made homeless due to domestic violence, meaning that they will be trapped in temporary accommodation for months or years if they are accepted for housing help. This is unacceptable.

We demand that Southwark Council provide safe and secure social housing for women fleeing domestic violence. Safety is a right, not a privilege. And we will be here in Peckham talking about how we can fight back, getting educated on how these cuts affects our communities, supporting each other to demand change and getting ready to create the kind of society that we want.

Join us at 285 Rye Lane, Peckham, SE15 4UA, where we will be running workshops and events every day this week. See our Facebook event for more information and the full programme. 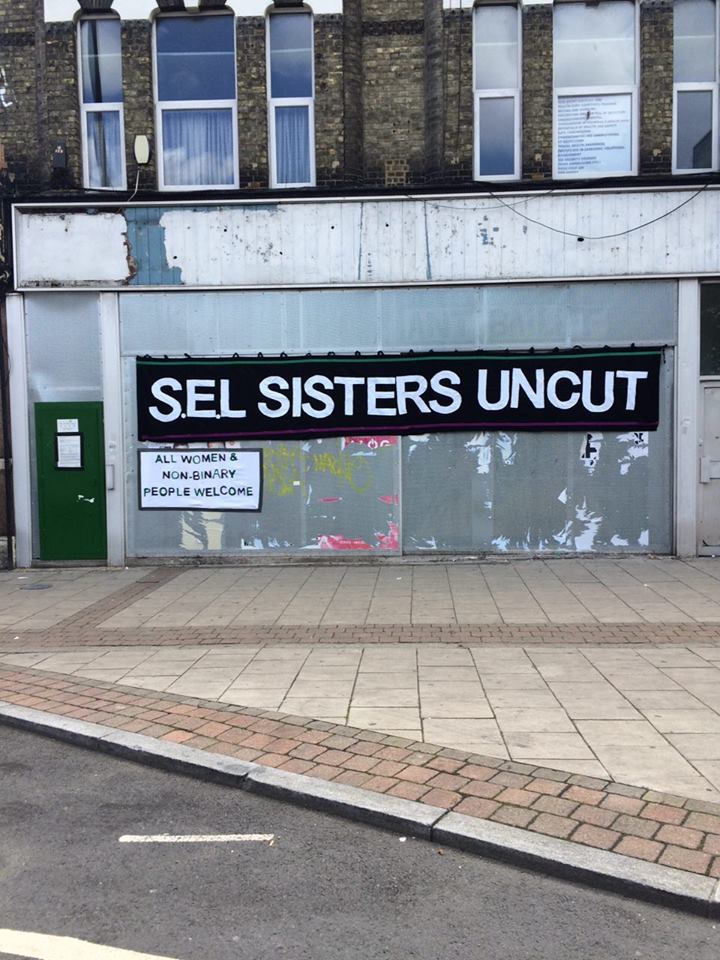 Shameful Southwark Council response to Sisters Uncut occupation
Summer of Action: How can she leave when she has #NowhereToGo?
Tweets by @SistersUncut