“We are the suffragettes!”: Sisters Uncut chain themselves to Parliament at government art launch

“We are the suffragettes!”: Sisters Uncut chain themselves to Parliament outside government art launch

Phone: 07563160112Email: [email protected]Twitter: @SistersUncut / #deadwomencantvoteYESTERDAY, as Parliament unveiled a new art installation to honour women’s struggle for the vote in Britain, modern-day feminists protested outside. Politicians, peers and artists leaving the grand launch event around 19:30pm were met by direct action group Sisters Uncut chanting “dead women can’t vote!”. The group targeted the evening event to show the struggle for women’s liberation is not yet over, given that two women are murdered in acts of domestic violence every week. The event was launched on the evening before the 103 year anniversary of Emily Wilding Davison’s death.“Sisters” of all ages and backgrounds, wearing traditional suffragette colours, symbolically chained themselves to the gates of parliament, set off green and purple smoke flares, and held placards showing domestic violence statistics, one reading “The suffragettes wouldn’t stand for this”.The group collectively recited Emmeline Pankhurst’s famous 1914 speech “Freedom or Death”, and were later congratulated by Emmeline’s great-granddaughter, Helen Pankhurst. The artist behind the installation, New Dawn, Mary Branson, also joined them. No arrests were made.Sisters Uncut was formed in 2014 by domestic violence support workers who saw the damage caused by government funding cuts firsthand. Due to austerity cuts, local support services across the country have been forced to close due to lack of funding, with specialist services for BME women most affected. Latest statistics show that refuges now turn away two in every three women who approach them for safety. Even the biggest domestic violence charities have stated that they are at “crisis point”. Domestic violence services are a lifeline for women fleeing violence, yet austerity cuts to services mean that, dangerously, there are no longer enough to meet demand. Women’s Aid statistics released last week show that refuges are now forced to turn away two in every three women who approach them for safety. Just this week, Newcastle Women’s Aid is closing its doors after 40 years of service alongside Broken Rainbow, a specialist service supporting LGBT survivors.Through their sweeping cuts to domestic violence services, the government is reversing progress on women’s liberation. The suffragettes fought not just for the vote, but for women’s right to live as full, free citizens. They were ridiculed, imprisoned, treated as terrorists and tortured by the state. Today, state violence against women continues in the form of cuts to public services and the persecution of activists.Sisters Uncut have no quarrel with the artist, Mary Branson, whose artwork “New Dawn” is a too-rare example of a talented female artist being commissioned to create a public installation. The group say they want see more women making public art, and more women taking a public stand against injustice.

Lara Tan, a domestic violence support worker attending the demonstration said, “It’s hypocritical for the government to fund artwork to honour women’s rights, whilst putting thousands of women’s lives at risk with their austerity cuts”

Hanna Kirk, Sisters Uncut activist said, “When it comes to fleeing domestic violence, the government really do have a choice between giving women freedom or giving them death. Right now, they are choosing death” 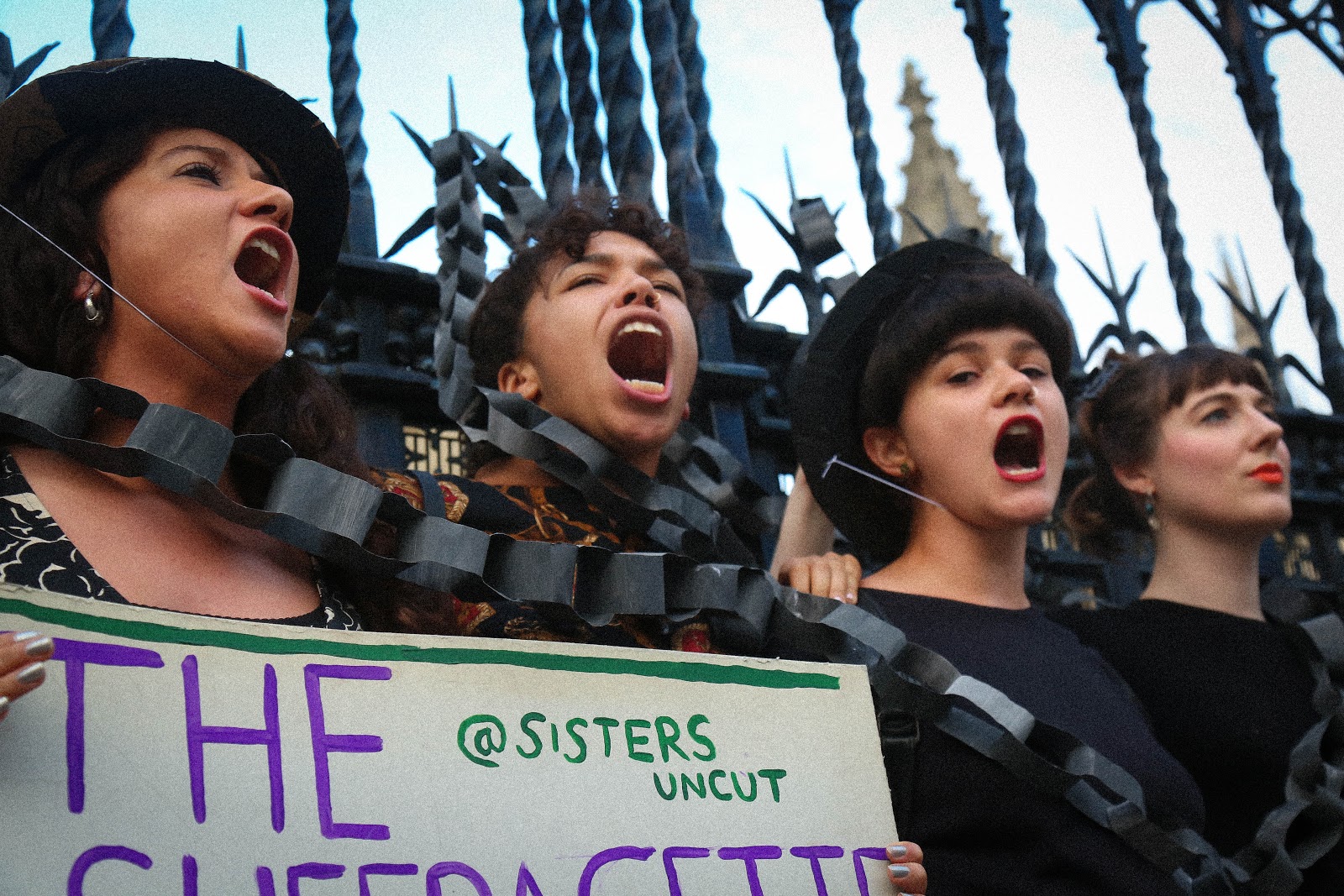 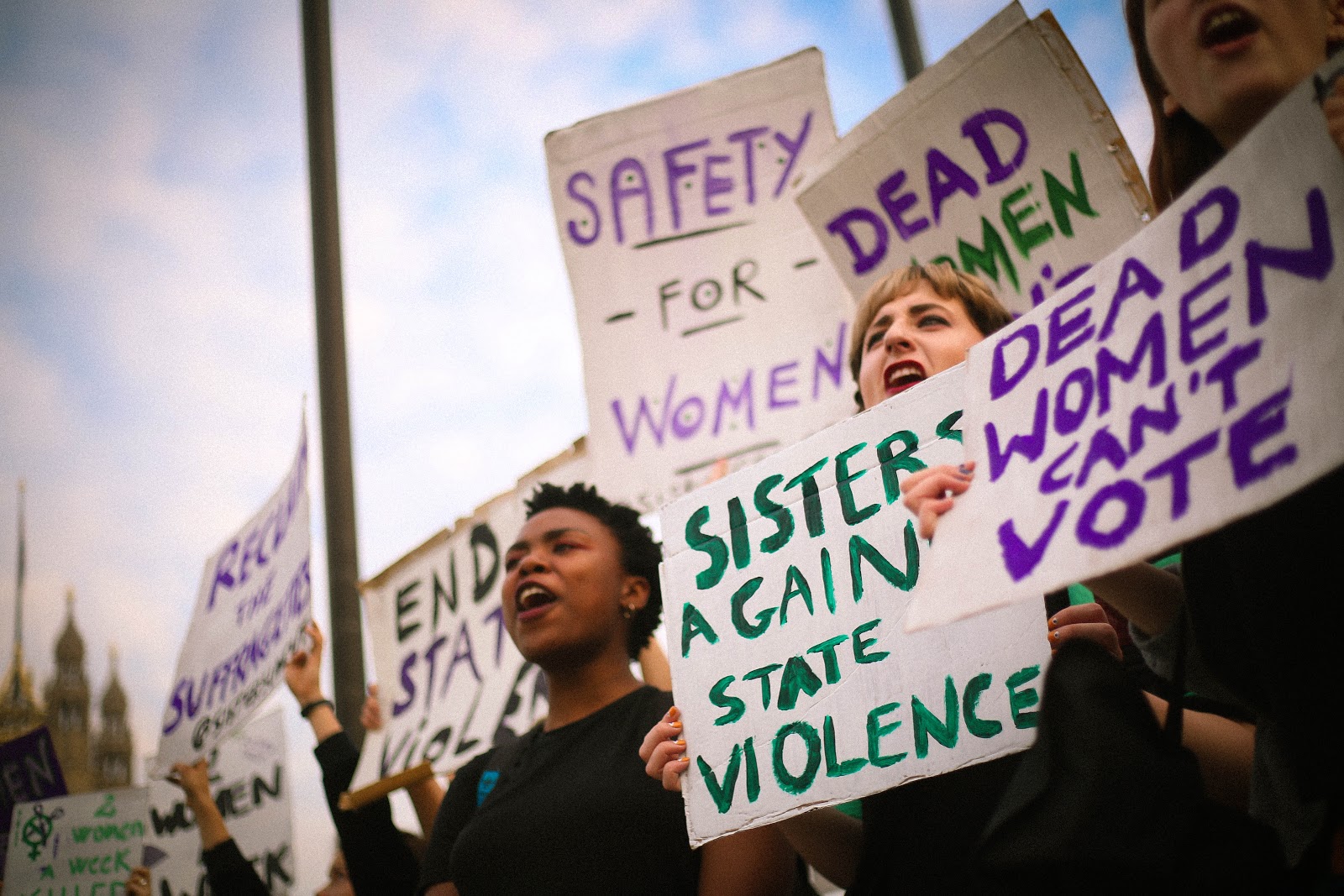 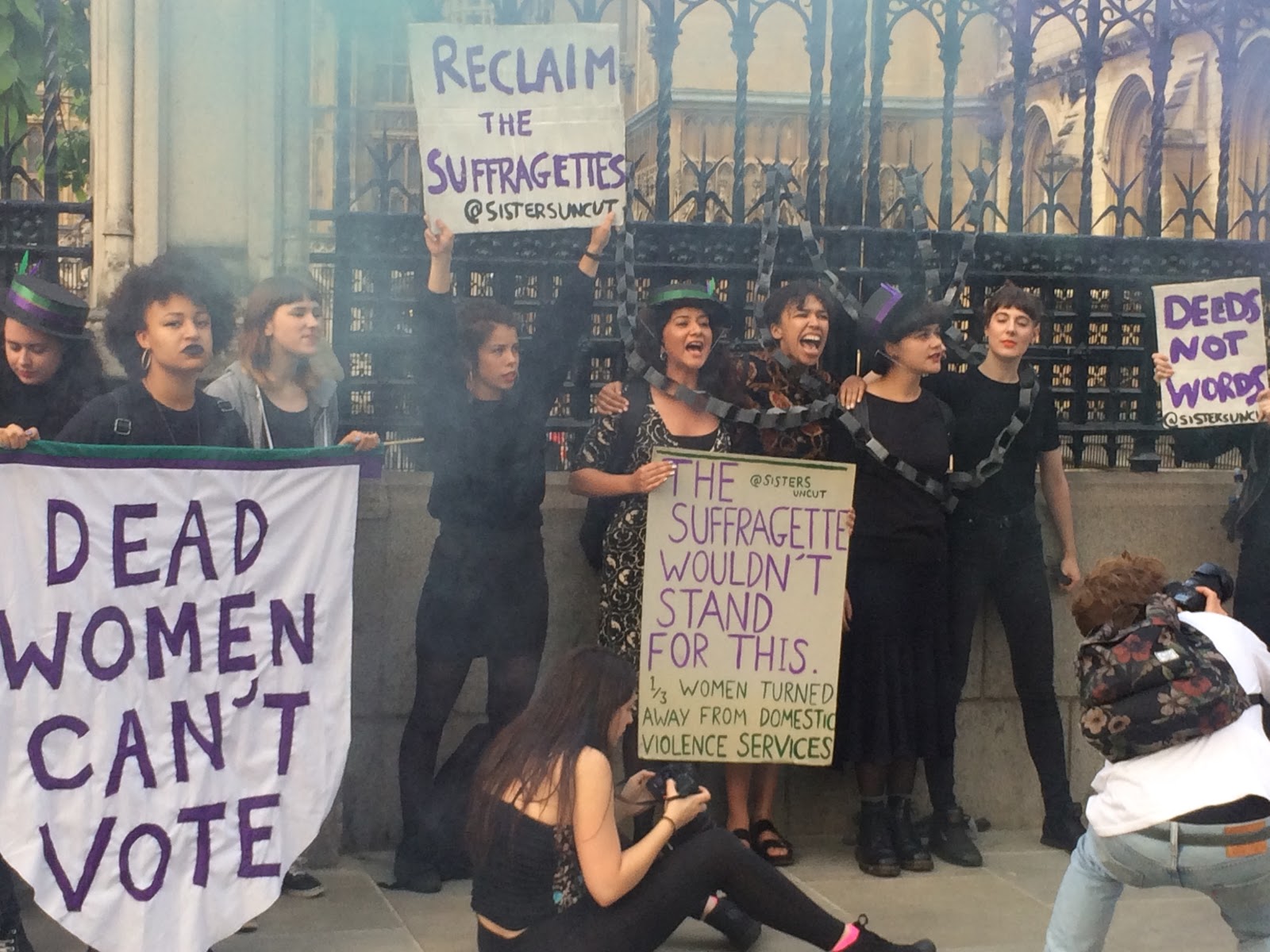 Summer of Action: How can she leave when she has #NowhereToGo?
Solidarity with all survivors: domestic violence and sex work
Tweets by @SistersUncut