CSR 2015: a sticking plaster for a haemorrhage 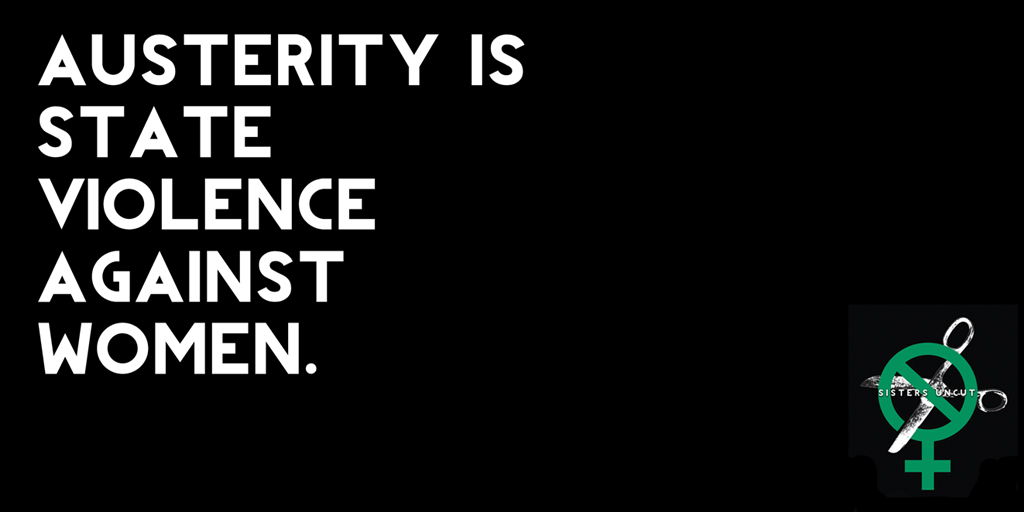 Let’s get one thing straight. Domestic violence has absolutely nothing to do with tampons. It was a nice party trick by George Osborne to take two issues that make women angry and smush them together into something that sort of resembled a fiscal policy, but that’s all it was – a trick. We musn’t be fooled or distracted by it.

Domestic violence services need a long term, sustainable funding solution – one that is funded by the state. Taxing menstruation is not the answer. The £15 million fund dangled from the end of a bloody string is a drop in the ocean compared to the massive cuts that the sector has experienced since 2010. A party trick designed to make us look away from the crippling cuts to local government budgets. George Osborne did not provide a solution today – he just tried to distract us from the problem.

As in the July budget, Osborne is still failing to deliver a long term solution for women seeking safety from violence. What’s more, he seems proud of his short term solutions, which act as little more than a sticking plaster over a haemorrhage – a haemorrhage caused by his own austerity measures. We would apologise for the use of such violent imagery, but economic violence against women must be seen for what it is.

Remember: when they cut, we bleed.

So what does the spending review mean for those facing domestic violence?

It is these budgets that local authorities use to fund specialist domestic violence services, including refuge accommodation, community support, and advocacy for folk at the highest risk of being seriously harmed or killed by their violent partners. A pitiful amount of money from central government means local authorities will have less to spend on these vital services.

The current funding crisis in the women’s sector is made even worse by the process of competitive tendering. Tendering services, we are told, will give value for money and choice for communities. Yet in reality it means that when local authorities, desperate to make savings from their ever shrinking budgets, put the contracts to run vital domestic violence services out to tender every few years, they choose the cheapest options. This has led to a “race to the bottom” in pay and conditions for workers, and more large generic service providers winning contracts over smaller, highly specialist organisations who have been saving women’s lives for years.

Competition is not providing better services, but slowly killing small, specialist organisations who provide vital services to women. There is no safety or security for these services, which are so vital in supporting women to find safety and security on their own terms.

The u-turn on tax credit cuts is to be welcomed, but the introduction of Universal Credit will nonetheless reduce the lowest incomes and trap more women in poverty. We know that a lack of economic resources makes it much more difficult for women to leave abusive relationships, and can leave them feeling trapped if they are financially dependent on an abusive partner. We also know that the fear of being unable to provide financially for their children as a single parent can stop women from taking the steps to leave. The lower the rate of benefits that single mothers are able to claim, the harder it will be for many of them to leave their partners and move to a place of safety.

Universal Credit enables abuse: in its efforts to streamline is pays a households benefit into one bank account, essentially it gives power to the abuser to hold victims in an economic trap. This is state backed financial abuse. The government has once again completely ignored this risk as they plough on with their pitiless project.

It’s not clear yet what the details of Osborne’s housing benefit announcement are, or what the impact will be, but we do know that housing benefit provides a vital safety net for women who need to leave abusive relationships and would otherwise have – literally – nowhere to go. Cuts to housing benefit could cost lives – it’s a precarious area for Osborne to be meddling in.

To great guffaws Osborne announced he would not be cutting the police in the interests of security. What security is this for survivors of domestic violence? None, time and time again the police have failed those brave enough to seek the help of the law – perhaps it would be better to spend money on training, on awareness, on educating young people that using violence to police gender and enable power is never ok.

Or perhaps it would be better to cut nothing – because make no mistake, austerity is a political choice. It is a system that seeks to prop up a wealthy elite to disadvantage all those not able to access their privilege: those in poverty, women, trans folk, people of colour, LGBTQ folk, those with disabilities. Austerity is state violence and it is a violence that enables domestic violence. It takes away rights, it removes agency, it reduces, it harms it shames and blames those who have a right to the same safety, well-being and life of those making these vicious decisions on their behalf.

So what about that tampon tax thing?

The government proposal on the tampon tax funding certain domestic violence support services demonstrates that they view both women’s hygiene and women’s safety as luxuries. We’ve said it before and we’ll say it again: safety is a right, not a privilege. A right that deserves long-term, state funding.

Although the funding that large charities will receive is desperately needed and no doubt welcomed, most specialist support services – particularly those for BME women – are funded through local authorities. Osborne has cut local authority budgets, so these services will suffer terribly. As a consequence, so will thousands of women in the areas that they serve. As more services close, more women will die.

What is the alternative?

If you want that too, join us on Saturday in a mass action against the cuts that are putting victims’ lives on the line. We’ll be marching in remembrance of all the services that have already been cut as a result of the government’s austerity measures, and all those we will lose if funding isn’t restored and ring-fenced.

For the women who haven’t survived and the women who are surviving despite the government’s brutal austerity measures that are making it even harder for them. Together we remember – together we fight.